As part of our outreach and ministry of fun through the visual and performing arts, our group of churches has formed a new troupe that performs regular Music Hall and Variety shows in our community hall.

Llangollen is famous for hosting the international Eisteddfod every year. But not only does this small Welsh town draw in musicians and performers form all over the globe, it is also home to many local performing groups and societies: The Operatic Society, The Pantomime Group, The Forty One Club, The Fringe Festival, to name a few. And now, we present to you, your own – your very own, The Collen Players!

The Collen Players was the idea of Fr Lee who has a love of Victorian Music Hall. He is currently pursuing an informal study on laughter and the spiritual life as well as researching the life of Fr Stewart Headlam, an Anglo-Catholic priest who defended the louche world of the Music Halls in Victorian Britain.

Fr Lee takes up the gavel as the Chairman and the performers are mostly from our group of three churches in the Llangollen area. Within this disparate group are professional actors, singers, performing arts students and those who love all things Victorian.

Collen was a welsh saint who established a church in Llangollen in the sixth century. The Welsh word ‘llan’ translates as ‘Church Enclosure’ and the name Llangollen, the ‘Church of Collen’, derives from it.

T: 01978 861768
E: This email address is being protected from spambots. You need JavaScript enabled to view it.

We encourage you to come to our shows dressed in traditional Victorian costume! There will be a special prize for the best dressed Victorian! 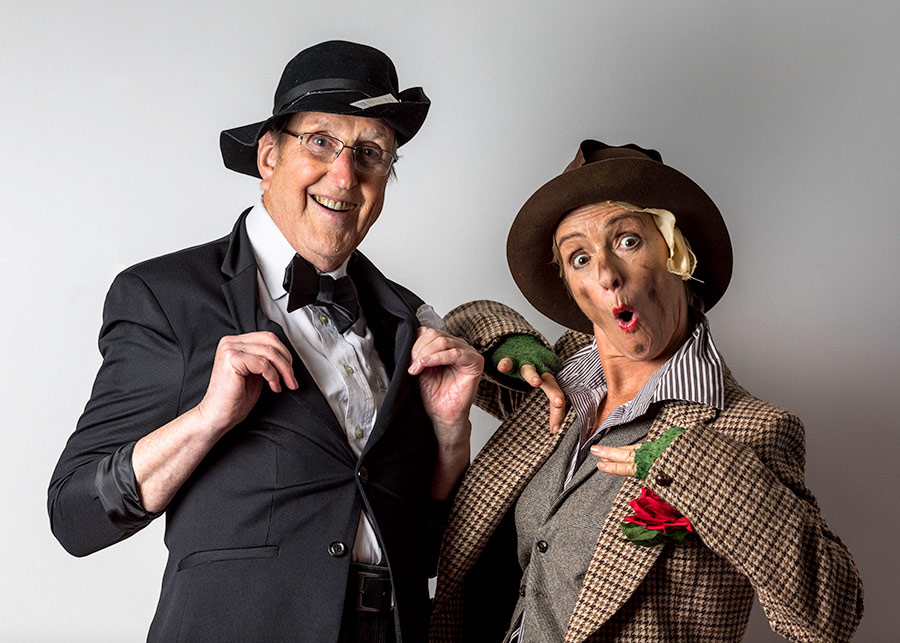 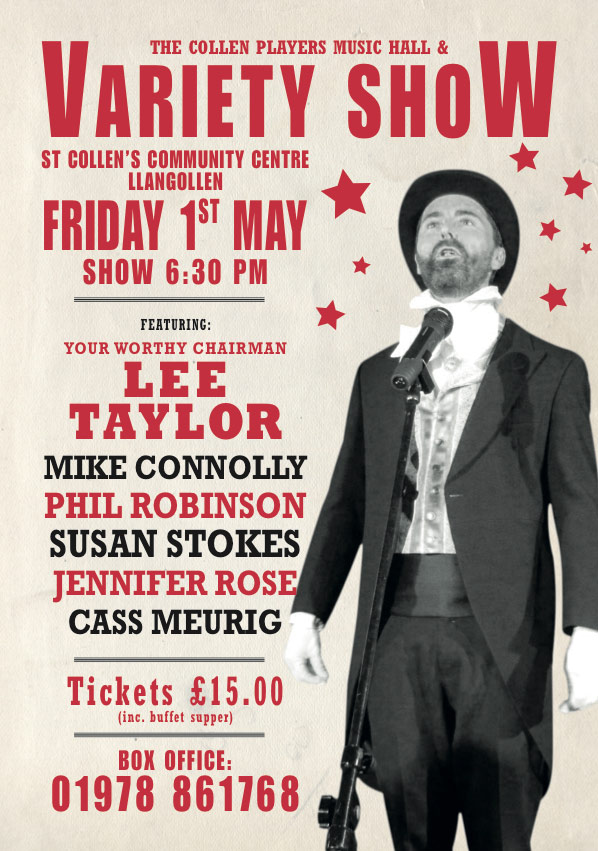 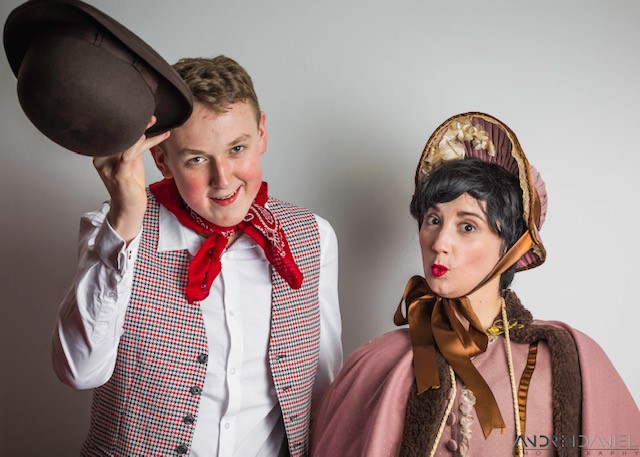